ONE FROM THE HEARTH

This is a collaborative exhibition of work by four artists who are based in Catalonia. It has been conceived and curated by Philippa Beveridge, a British glass artist now living and working in Barcelona, but who has recently been travelling back and forth to the UK to complete an MA in Art and Architecture at the University of East London. She explains:

“The show’s theme was inspired by an exhibition I visited by Francis Alÿs held at 21 Portman Square in the Autumn of 2005. The work on display was fascinating, however much of my attention was drawn to the majestic fireplaces in each of the rooms and the way they reflected the taste of a bygone age and a vanished lifestyle. From a more personal point of view, as a British person having lived in Spain and currently travelling between countries, it is easy to feel a sense of displacement. The hearth is a symbol of the home and represents our transition from a nomadic to a stationary existence. The mantelpiece acts as an altar or shrine on to which objects and images of importance to the occupier are placed, replacing the feeling of displacement with one of belonging. Concerning the other artists, Anna Marco is of Italian/Catalan descent and both Blanca Navas and Teresa Rosa Aguayo, who now live in Barcelona, are from the south of Spain. People who come from outside Barcelona are referred to as ‘immigrants’, so the theme of the hearth is relevant to them too. Working in textiles, glass, painting and print, they bring their own personal interpretation to the meaning of the hearth.”

The North House Gallery is a particularly suitable venue for this exhibition, being both a home and a gallery with three hearths.

Philippa Beveridge works from her studio in Barcelona on architectural glass commissions and sculpture in glass. Born is 1962 she trained in London, Barcelona, the USA and France. She has won several awards for her work, most recently first prize at the ARTFAD (Spanish Design Foundation) 2006 awards. Her new work, Courage, a kind of secret protective layer for the female wearer, continues her series of prize-winning Human Shields with their allusions to history, memory and the ephemeral.

Anna Marco, born in 1967 in Barcelona, is also an experienced glass artist. She has been teaching glass sculpture at the Centre del Vidre de Barcelona since 1997 but is here creating the flames of the hearth with copper wire.

Teresa Rosa Aguayo started her textile studies in her native Córdoba and went on to study in Barcelona, Madrid and Denmark. She has particpated in more than 70 exhibitions in Spain and all over the world and in 1987 set up her textile studio Teranyina in Barcelona. She combines felt with other materials to create sculptures of surprisingly powerful presence.

Blanca Navas, born in 1971 in Pradejon, La Rioja, studied interior design in Logroña efore committing herself to fine art in Barcelona. She too has won numerous prizes for her work which observes feminine identity as formed by others, activated like a eflection. This is found both in her installation work which uses shadows and her rawing where the characters, mother and child for example, are reflected in each other in imaginative ways. 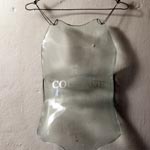 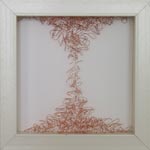 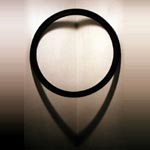 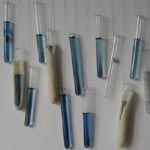