This, the fourth, biennial exhibition of etchings and watercolours by Norman Ackroyd at the North House Gallery features work from the the last two years of his tireless travels around the British Isles.

By mid-2005 he found he had visited Shetland in the North, revisited the Skelligs on the west coast of Ireland and the east coast of East Anglia, so resolved to make a long planned trip to the Isles of Scilly to complete the four extreme compass points of the British Isles. The resulting collection of small etchings is appropriately called The Furthest Lands. Other journeys that year took him to the Inner Hebrides, the Northumberland coast and elsewhere and, as usual, watercolours and larger etchings were produced alongside the smaller etchings.

2006 found him focused on Scotland and in particular on the Inner Hebrides. From Cuilin to Kintyre, his 26th collection of small etchings, was published in December; so this will be the first time these works will be exhibited outside his own studio.

2006 also saw the publication by Enitharmon Editions of Moored Man, a sequence of poems about the spirit of the shore along the North Norfolk coast by Kevin Crossley-Holland accompanied by reproductions of Norman’s Norfolk etchings and watercolours.

Last year a comprehensive exhibition of Norman’s collections of small etchings, together with related larger works, was installed in the Lethaby Gallery at Central St Martin’s School of Art and Design. This showed the persistent and consistent production, over decades, of works which illustrate his passion for the landscape of the British Isles. That it resonated with others was witnessed by the hundreds of comments in the visitors’ book. More formal recognition was awarded in the New Year’s Honours List in the form of a CBE ‘for services to Engraving and to Printing’ 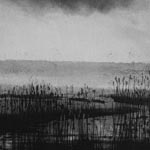 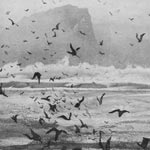 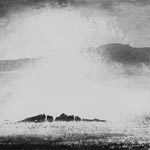 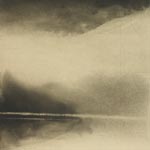