Will Maw graduated from Glasgow School of Art in 1996 and completed his Masters in Fine Art at the Royal College of Art in 2009. His years of work as a fine art printer have assisted the realisation of works of a most unusual originality, complexity and beauty. The large hand drawn monotypes have developed from the editions of multilayered digital prints made for his Histoire Naturelle d’Imprimerie Economique.


Heavily influenced by my work as a printer, and reliant on an intricate and complex procedure of print technology, the large scale works aim to combine a wide variety of imagery in a medium that exploits the machinery of print through the immediacy of drawing. Made in simultaneous series, the prints derive from the collage works in the Histoire Naturelle d’Imprimerie Economique - an extensive collection of digital prints that use printed money as a ground, a visual model combining text, portraiture, mathematical geometries and the definitive image of printed value. The screenprinted work returns the image to the hand drawn mark: in a reversal of convention of print publishing, the editioned digital image is dismantled and recreated in an interpretation of its original form. With a self conscious nod to the arts of medieval manuscripts and the historical legacy of the printer and copyist, the works teeter on the fine balance between visual recognition and legibility, the collision of multiple perspectives and simultaneous impression of contradictory images. The extremes of the drawing in print process is the dyptich work Yes and No, the former where the images all exist in a partial and simultaneous state, the latter where the image has all but disappeared and the screen has returned to its initial blank state. Will Maw 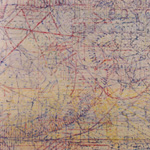 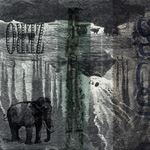 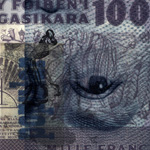 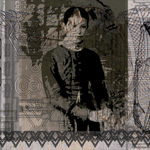 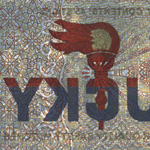 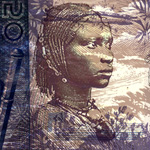 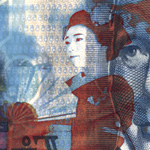 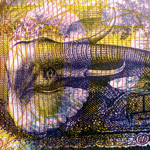 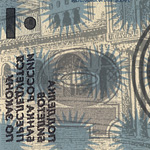 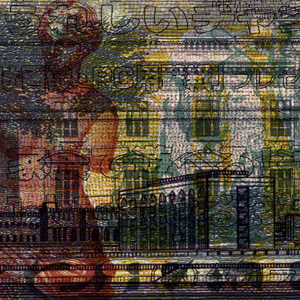 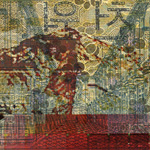 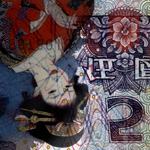 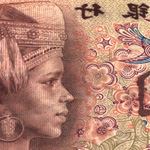