North House Gallery will be closed to visitors during the current lock down restrictions.

The Norman Ackroyd show will remain on the walls until 27th March 2021.

"I want to create something which has an image and a reality which I can't define in any other way. The reason I do this is to externalise for myself an emotional concept." Peter Startup in 1965

This exhibition of sculpture from three decades includes early carved sculpture in wood, his favoured material, through the assemblages and totemic 'metamorphic forms' of the sixties to the later, white sculptures in ceramic, plaster or painted wood, some with inscriptions in intaglio and relief like printers' flongs. There will also be relevant two dimensional work.

The early assembled pieces, using a variety of discarded furniture and wood were fairly roughly put together but with an interest in the contrasting materials. "They are part of the discarded junk of urban life and through them I want to find relationships which surprise and excite me, and that project an image through the terms of classical sculpture – that is, in terms of space and volume." Peter Startup in 1963

The later metamorphic forms were skillfully slotted together so that they could be constructed in several ways. For Startup's memorial show at the Serpentine, Norbert Lynton appreciated their drama and seriousness, humour and sensuousness. "'Metamorphic' refers to physical change but it is clear that Startup was not intent on displaying a view on the insufficiency of static sculpture or static spectators. He was releasing an implied mutability inherent in the earlier work."

Startup was born in 1921 in London, where he grew up. Precluded from military service because of a heart condition, he served as an air raid warden and travelled across London every day by bus to work at the Royal Arsenal in Woolwich. After the War he studied painting and sculpture at the Slade School of Fine Art,1945-8, specialising in sculpture in Brussels, 1949. He taught at Wimbledon School of Art, 1965-76.Though not part of any group or movement, his work has often been included in major surveys of British Sculpture in his lifetime (including the Grosvenor Gallery,Tate and Hayward) and after his death (Arnolfini,Whitechapel, Serpentine, Henry Moore Institute and Poussin Gallery). He was accorded the above mentioned solo show at the Serpentine after his death and, more recently, two focussed shows at the Poussin Gallery. Work has been acquired by Tate Britain. 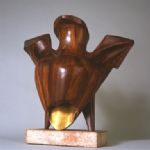 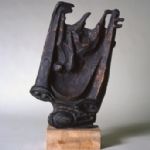 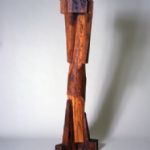 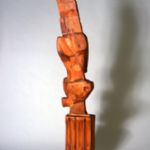 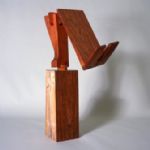 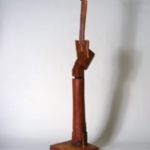 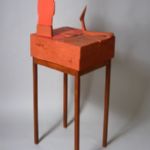 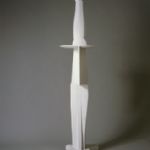 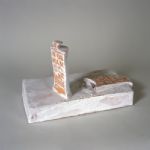 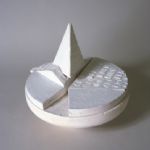 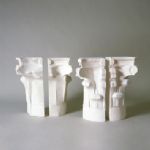 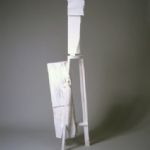 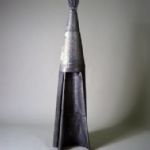 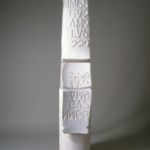 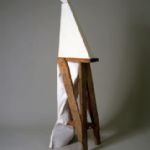 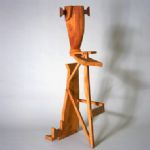