Norman Ackroyd is drawn to the islands surrounding the coast of the British Isles. He seeks out and researches unfamiliar ones and returns to favourites such as St Kilda and the Skelligs. Every year his sketches and watercolours are distilled back in the studio into a collection of etchings and a number of larger etchings. Skellig Revisited and The Barra Isles are the most recent collections and will be shown with the larger works from the same period and a selection of rare vintage pieces from two to three decades ago.

Norman has long been intrigued by the 6th century monastic settlements 600ft above the ocean on Great Skellig off the coast of Co. Kerry. He returned for the fourth time in 2015. This time his focus also included other islands with early monastic sites and the Augustinian developments at Ballinskelligs, which absorbed the Skellig community in the 11th or 12th century as the climate cooled and the winters on Skellig Michael became increasingly impractical. It is the isolation and inaccessibility of the early settlements on these islands that fire the imagination; and it is the same isolation and inaccessibility that protect the important gannetries of Little Skellig and Bull Rock, which explains why teeming seabirds have become a recurrent feature in Norman’s work.

The Barra Isles, otherwise known as the Bishop’s Isles, are the southernmost group of the Outer Hebrides, and also important seabird colonies. Uninhabited, (Mingulay abandoned as recently as 1912), but with signs of Neolithic, Pictish and early Christian settlements, the islands are now owned by the National Trust and are reverting to nature. Lianamul and Gunamul, large sea stacks, the latter with an arch 490ft high, have inspired two of the most dramatic etchings: bright white light shining through the dark rock chasms and reflected in the unusually calm sea.

Norman Ackroyd CBE RA, was born in Leeds in 1938 and studied at the Leeds College of Art (1956–61) and the Royal College of Art (1961–4). He was elected Royal Academician in 1988 and appointed Professor of Etching, University of the Arts in 1994 and elected Senior Fellow, Royal College of Art n 2007. He was awarded a CBE for services to engraving and printing in 2007. He has completed nine major mural commissions and has work in numerous public collections. 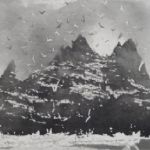 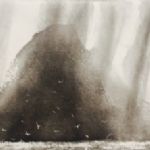 Barra Head from The Barra Isles 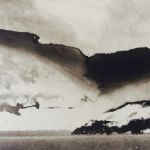 Mingulay Bay from The Barra Isles 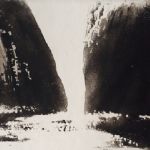 Lianamul from The Barra Isles 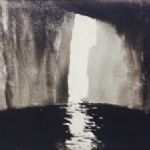 Gunamul from The Barra Isles 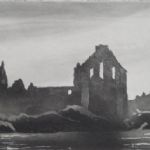 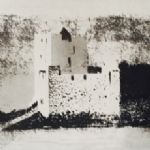 Castlebay from The Barra Isles 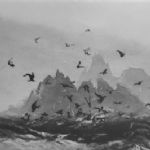 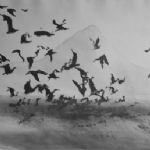 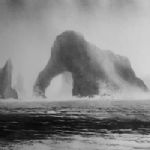 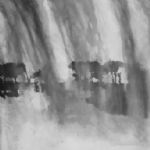 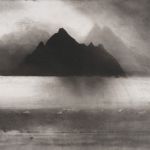 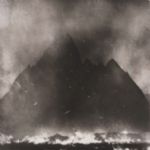 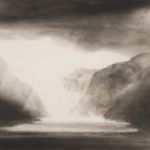 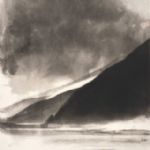 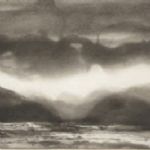 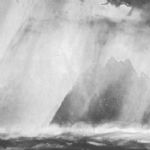