Since his last show at NHG five years ago and the accompanying installation in the nearby Mistley Towers, Julian Meredith (b 1952) has continued to create huge woodcuts and stencils of the wild creatures that inspire him (migrating tuna, shoals of fish, animals and birds) and to experiment with monoprint images transferred from feathers and found dead animals (otters and fox), fish (spur dogfish and salmon), and birds (swifts), which amazingly seem to be reanimated.

Meredith is passionate about the creatures’ relationship with their natural environment, with all its increasing fragility, and their relationship to humans and human intervention. The use of elm planks for printing from is an elegiac statement in itself but they are also chosen for their grain, which when inked in blue resembles the movement of air or of rivers and wild seas. The increasing rarity of elm, together with his lack of preciousness in using whatever might be to hand, resulted in his graving both sides of an elm plank for different images, Rook and Green Plover.

Meredith enjoys the physical work involved in cutting and hand printing the large works. The prints in this show will be of manageable size (albeit some three metres long) but over the past decade or so he has been commissioned to create massive installations of complex printed works of whales and fish in venues across the UK and also to undertake projects in the landscape hundreds of feet long: some drawn in sand and snow and some permanent, like the Colonsay whale, 525 feet long, in white pebbles.

Julian Meredith is a Royal West of England Academician. His work is regularly accepted for the Royal Academy Summer Exhibition in London. Based in the West Country, with this show he returns to East Anglia where he grew up and developed his passion for the wild. 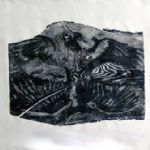 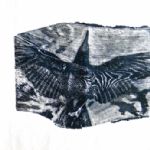 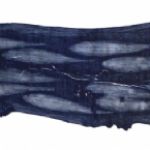 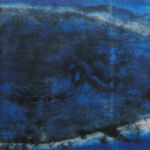 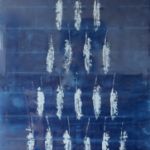 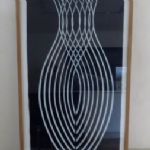 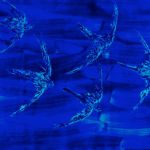 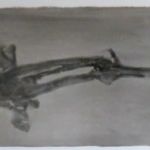