In Julian Meredith's third solo show at North House Gallery in ten years he continues to be preoccupied with the loss of habitat and the extinction of familiar creatures. His prints of threatened whales (some four metres long), tuna, other fish and birds are created in different ways: printed from sawn planks of elm; stencilled on heavily inked paper or printed from dead animals, a process which appears to reanimate them.

"I know that extinction is happening all around us, not because I have been told so, but because I grew up surrounded by an abundance of brown trout, bullheads, green plovers, eels, water voles and now I see almost none in what is a shrinking habitat. The kestrel that used to perch on our wires has gone and I have hardly heard a cuckoo this year.

My work emerged out of this abundance I experienced around me. Now it is an act of rebellion against the loss that surrounds us all. My hope is that my images help people understand the balance of Nature that is under our feet;
I want the images to be about the future, not the past. My fear is that, like my use of elm, my work will become a
testimony to what once was: nature fossilized in wood, the paper waving like lost spirits. Let this not be so."
- Julian Meredith 2019

The use of elm as printing blocks, a species largely lost to disease and hurricane, is elegiac enough in itself; but when inked, its grain usefully resembles flowing water, and the outer contours, waves. The inked block seems "fossilized", contrasting with the delicate silk fibre paper which takes the almost transparent image. The preparation of the block, as well as the hand printing, on such a scale is hard work, but Julian Meredith, a smallholder and bee keeper, enjoys such labour. His work extends to the raking or digging of huge projects in the sand or snow.

Julian Meredith (b 1952) trained at Exeter College of Art. He has had numerous solo exhibitions in prestigious galleries since 1992 and shown in group shows since 1989, often in the RA Summer Show. Collections include the Victoria and Albert Museum; the Natural History Museum; Cartwright Hall, Bradford; Deutsche Bank and British Telecom. Commissions for projects in the landscape include the Colonsay Whale (525' long) made from white stones and the Coed Hills Lime Whale (400'). 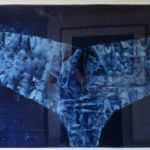 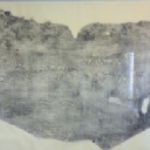 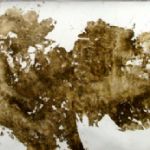 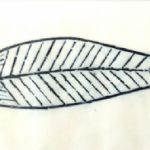 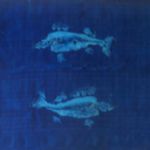 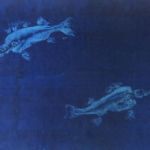 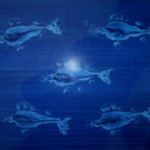 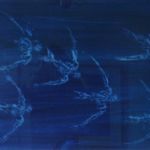 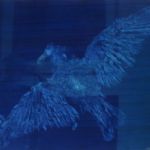 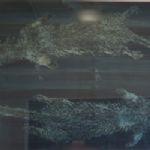 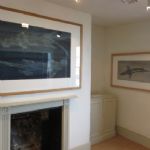 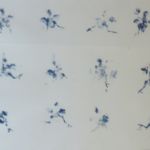 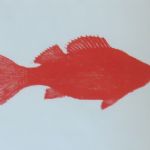 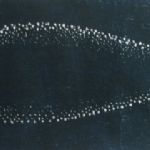 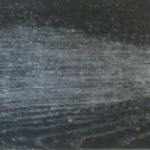 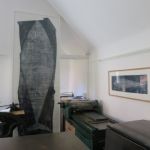