In the three years since his last show at North House Gallery, John Cobb has continued to work quietly in Suffolk, has exhibited each year in the Royal Academy Summer Show and was invited to participate in the prestigious sculpture survey show, United Enemies: The Problem of Sculpture in Britain in the 1960s and 1970s at the Henry Moore Institute in Leeds (1/12/2011-11/3/2012).

John Cobb's new wooden structures reference hands, heads and hedge bottoms. He says of his Hand series: The 'Hand' I - III series embodies different aspects of “handness”. Not direct portraiture. There are three of them after all. Hands are something I see a lot of while working - at times they appear to be inert [if not knackered] if not a wedge or a lid.

The title of 'I wear my fingers down to the bone for you'' is a tribute to the late Ivor Cutler. In his case “elbows”. The intersections of circular saw cuts make me scream inwardly because if both cuts happened at the same time there would be a terrible collision of cutting instruments. At the same time the object lit by an inner light source can be quite beautiful.

The series of works entitled 'Rubbery Space' I - IX and 'Rubbery Place' I -IV are partly reflections upon the empty hedge bottoms you see between the months of October and April (say) in rural settings, partly a tribute to the unknown postal worker in more urban locations. But neither exactly. There is also a head somewhere in there.

An e-catalogue is available. 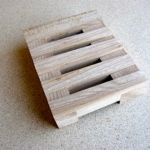 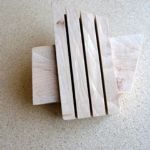 I wear my fingers to the bone for you IV 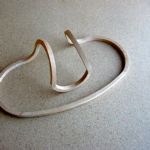 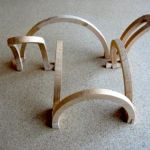 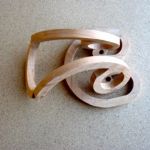 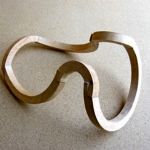 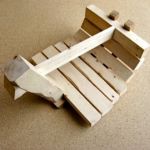 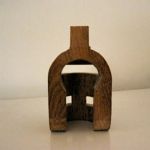 A small thing but mine own I
© 2020 North House Gallery - The Walls, Manningtree, Essex, CO11 1AS
web design | Digital Alchemist | Rutland