‘Over the last 10 years I have been making trips to the islands of Scotland, those off the west coast – the Inner and Outer Hebrides. Walking and drawing on the islands and the ferries which connect the islands has resulted each year in etchings, drawings, paintings and monotypes.

Last year I decided to make my first visit to Orkney: 67 islands, 7 miles north of the northern tip of mainland Scotland. I made the trip in December 2014, which meant short daylight hours, so early starts and treks back in the dark. Because of my limited time, I concentrated my walks on West Mainland, South Ronaldsay, Rousay and Hoy, which still enabled views of the surrounding islands.’
- Jason Hicklin, 2015

As well as the larger monotypes, paintings and etchings the expedition has resulted in the largest body of small etchings that Hicklin has ever produced from a single trip. So much work has gone into them that the series of 20 etchings are for Hicklin as much about etching as about the Orkney Isles. He has been exploring how to take his etching practice further by working the plates through many more states than before, with the most physical attack since being a student, and particularly by etching deeper into the metal plate.

In the process he has been surprised by the accidental marks and by the different light that emerges from the deep biting. Where his habitual open bite gives a diffuse light, suitable for the different luminosity of the west coast, and the original surface of the plate gives a cleaner light where it has been protected from the acid, in these etchings the blacks are deeply bitten and then, where required for the starker Orkney light, the open bite eats away the etched surface (which holds the ink) and brings the light back in.

So for the viewer these etchings are essentially all about the light. The Old Man of Hoy and Scapa Flow, for example, are iconic images, but Hicklin has challenged himself to reinterpret them in his own way. He drew the Stenness Stones, but they were not what he was after and Maes Howe is a mere incident in an image of low light across the land. His total absorption into the landscape, the walking and camping are crucial to what he does. With no camera he travels only with sketchbooks and sticks of graphite, drawing without glasses or with his hands inside a clear plastic bag if the weather is too wet. On his return to the studio in Shropshire the etching begins and the light bites back. 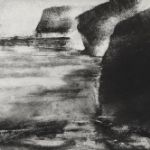 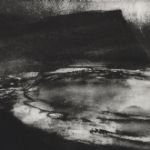 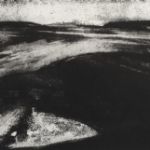 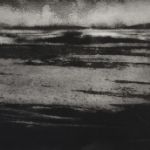 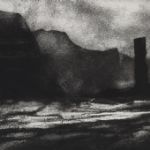 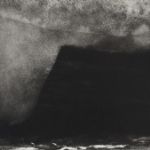 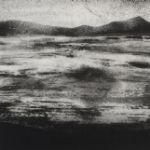 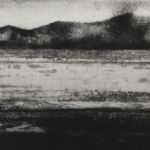 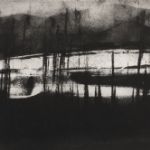 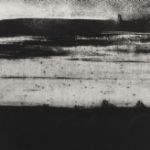 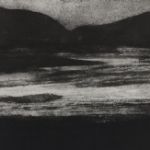 Hoy from the Bay of Ireland 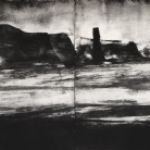 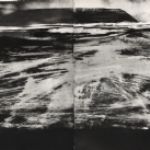