Gertrude Hermes was widely and justly recognised in her lifetime primarily for her sculpture; but for the cognoscenti, her drawings, wood-engravings and linocuts, which she made alongside the sculptures, are of an originality, ambition and sensitivity that confirm her status as an artist of national importance. This exhibition includes the last available drawings from her estate and in most cases the wood-engravings and linocuts are the last available copies.

Having been encouraged in her painting and drawing throughout her childhood in Bromley, Kent by her German parents, especially her father, and after a year on a farm in Essex and a year in Germany to learn the language, she attended Beckenham School of Art for a year before spending four years at the Leon Underwood School of Painting and Sculpture. There she dropped painting for sculpture and started experimental wood-engraving with her fellow students, who included Blair Hughes-Stanton (whom she briefly married but who remained a lifelong friend), and Underwood himself. Her aesthetic was thus formed in the post-first world war atmosphere of modernism and expressionism, Brancusi and Gaudier Brzeska inspiring her the most, but her innate love of the natural world never let her go all the way with abstraction.

Although nature was her greatest source of inspiration she found that she could not live in the isolation of the countryside and found the vibrancy of the city and her many friends (and patrons) equally vital to her life as an artist. Her career was necessarily interrupted during the second world war which she spent in North America working in the drawing offices of ship yards and aircraft factories to support her children. After years of making precision drawings and tracings she declared herself heartily sick of black and white and on her return started the colour wood-engravings and large linocuts that are the main focus of this exhibition. She also started teaching in London art schools, first at Camberwell and St Martin’s and later at the Central School and the Royal Academy Schools. She was elected an Associate of the Royal Academy in 1963, a member in 1971 and awarded an OBE in 1981.

More information, images and a pricelist can be sent on request. 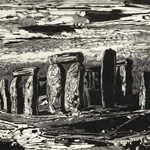 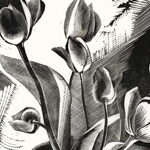 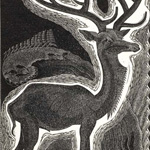 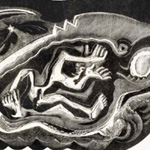 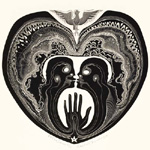 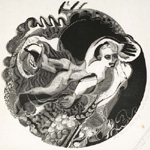 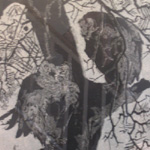 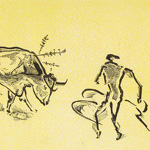 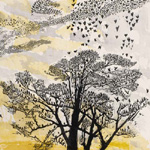 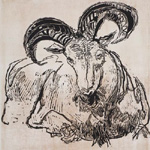 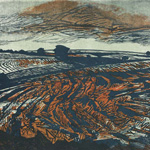