EARTH (in its various senses) is the overarching theme for this year's Summer show of work by eight artists associated with North House Gallery. The paintings and sculpture, prints and drawings, collages and mixed media works are largely intended to be celebratory, but there is inevitably an awareness of the fragility of the planet and of our obligations to it.

Lillias August's watercolours of East Anglian agricultural landscapes are unusually densely layered except where the pigment is lifted to allow the light on the horizon or on the puddles of a ploughed field, or to represent the white smoke streaming from the chimney of a factory at night.

Barbara Beyer's series of sculptures called Boulders-Builders were retained from her show at NHG in February which was disrupted because of COVID. These exuberant stoneware pieces mix organic-shaped boulders with rectilinear girder forms in playful juxtaposition.

Neil Bousfield's new multiple-block engravings are more abstract than before, taking an aerial view and incorporating information from aerial photography, maps, charts and scans of the North Sea bed. They illustrate a deepening understanding of the loss of the Norfolk coast to the sea.

Daisy's Cook's contributions in collage and mixed media seem totally abstract but the perfect circles do suggest planets, whether earth, moon or sun. The colour and delicate balance of the other restrained elements encourage contemplation and allow for personal interpretation.

Fergus Hare's pastel drawings of mountains are apparently more explicit but there is something of of the sublime idyll about them. In one named Venus, the eponymous planet is visible in the sky above the dark mountains and clouds, an example of the artist's interest in cosmic matters.

Emma Johnson here cuts and reconstructs maps in layers to represent new, intriguing visions of the globe entitled Hemisphere or Axis. The notion that all may not be well with the world is illustrated by large round paintings in acrylic and mixed media called Entropy: Things Fall Apart.

Vivienne Schadinsky's Magic Hour series of drawings in Japanese ink draws attention to plants in the food chain endangered through climate change. She highlights the imminent loss of plants such as wild coffee, borlotti beans, truffles, cacao and avocado.

Alan Turnbull's joyous woodblock prints of owls also include other elements of his environment including willow leaves, sunflowers and pinecones. His inspirations include Greek vase painting, the Lindisfarne Gospels, the paintings of Rousseau, folk tales and the poems of Vasco Popa. 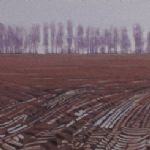 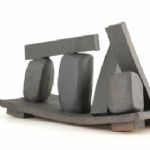 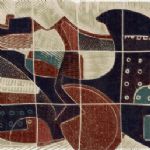 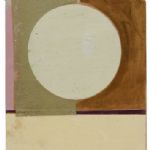 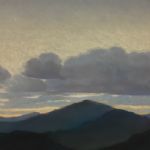 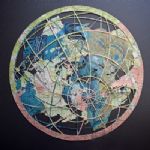 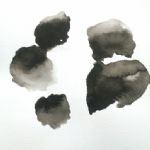 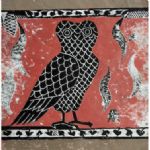 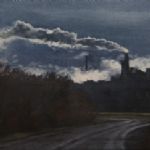 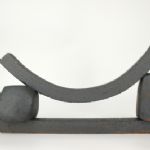 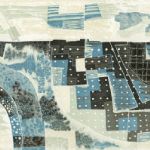 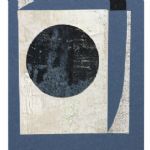 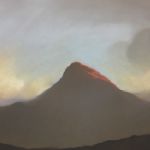 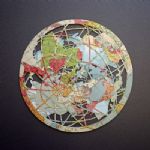 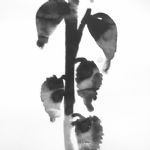 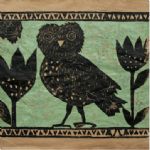 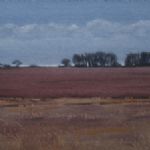 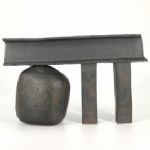 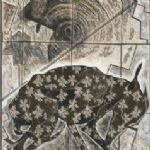 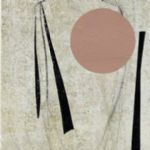 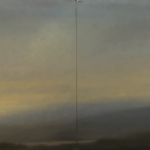 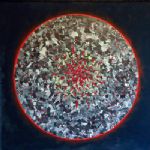 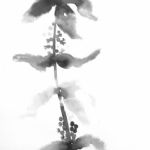 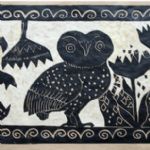