Because Bryan Ingham lived and worked abroad and, quite reclusively, in Cornwall for 25 years, his work is not as well known as it merits, despite the regular exhibitions at Francis Graham-Dixon’s gallery in the last ten years before his premature death, and the championing of his work by several serious art commentators. This survey show concentrates on his etchings which were the main focus of his work for years before he reverted to painting, which through collage and reliefs gradually morphed into sculpture. He created a large number of etchings, but not many plates were editioned so the prints are quite rare.

Ingham was raised in the Calder Vallery in Yorkshire and after military service in the RAF studied at St Martin’s School of Art and at the Royal College of Art where his draughtsmanship, painting and etching skills were honed and appreciated, although overshadowed by that of flashier contemporaries such as David Hockney. On a Leverhulme scholarship to Italy he travelled for months studying the great Renaissance painters and ensconced himself for a time at the British School in Rome. Back in Britain he rejected the life of an establishment artist and based himself on the remote Lizard peninsular in Cornwall for the rest of his life, with regular periods at an artists’ retreat in Worpswede on the north German coast.

Ingham was equally committed to landscape and still life, increasingly creating a synthesis of both. His landscape etchings of the seventies show the influence of Anthony Gross, although they are more abstracted. The later still life etchings, influenced by Picasso and the synthetic phase of Cubism, are even more abstracted, although the central object never entirely disappears. Layers upon layers of textures are laid down (or in his words “quarried” from the etching plate), with the backgound, sometimes even a distant landscape, brought forward on to the same picture plain as the object. The resulting etchings are masterpieces of dynamism, harmony and balance. There is a definite Cornish flavour and the visible influence of early Nicholson but the debts to the Classical masters, Picasso and Nicholson are openly acknowledged and Bryan Ingham’s work in all media is coherent, beautiful and unmistakeably his own. 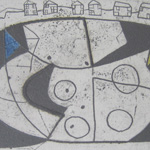 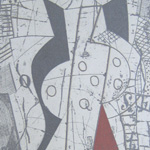 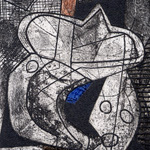 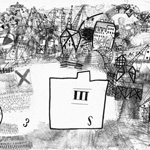 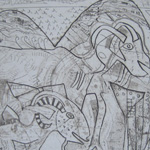