North House Gallery is delighted to present this exhibition of sculpture and works on paper by Brian Falconbridge. It does not attempt to replace his retrospective at 70, Hindsight 2020, planned for 2020 at Peterborough Museum and Art Gallery, and cancelled because of Covid, but focuses in the main on selected works from the last 20 years which still show the continuity and development of his concerns and intentions.

Unusually inspired as a young artist by European still life painters such as Cotán, Chardin and Juan van der Hamen y Léon, his interest is in the personal choice and the relative placing of objects. Also influenced by 20th Century Western art, especially the Russian constructivists and Kurt Schwitters, and deeply impressed by the restraint of Japanese thought, his take on this genre is expressed primarily in sculpture. The placing of the familiar objects (such as lemons or candles) and pure geometric shapes within the given structure is continually considered and refined, while his titles provide mysterious hints as to the personal inspiration of the work. New multiple study drawings on one sheet of paper show the intriguing thought processes in the development of the individual works on paper which share the same vocabulary as the sculpture.

"As a sculptor and draughtsman, I make work that may be seen as directly connected to the long tradition of European still life painting. It celebrates the 'metaphysical' characteristic and atmosphere of this tradition through 'intimist' sculpture both in cast bronze and in constructed wood. Colour in bronzes is obtained through patination, with a wider palette being applied sparingly to the constructions.

At the same time, my work has been influenced by an awareness of East Asian thought, and the cross-cultural, where the quintessentially Japanese concept of 'wabi-sabi' and its associated literature, embracing simplicity, understatement, implication and asymmetry, have all helped to provide clarity, discipline and inspiration."
- Brian Falconbridge

Born in Norfolk in 1950, Professor Brian Falconbridge PPRSS has shown in over 100 exhibitions, both national and international including solo shows in the UK, Italy, Sweden and Taiwan. He studied at Canterbury College of Art, Goldsmiths' College and the Slade School of Fine Art, completing graduate studies there under the sculptor Reg Butler. He went on to teach at the Slade and Goldsmiths' College where he became Head of Visual Arts and was awarded professorship. Subsequently he was appointed Dean of the Sir John Cass Faculty of Art, Media and Design at London Metropolitan University. He served as President of the Royal Society of British Sculptors (now Royal Society of Sculptors) from 2004 to 2009. Since retirement from academia in 2011, he has concentrated solely on his artistic practice. 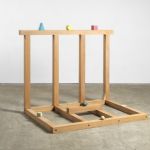 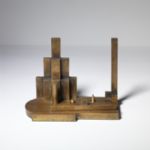 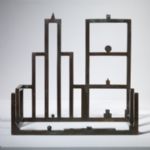 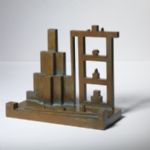 Still Life and the Patience of Geometrical Objects
2008 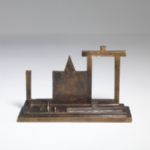 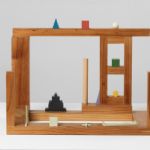 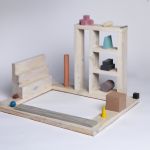 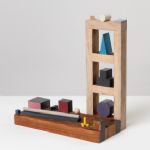 In Praise of Unspoken Truths
2017 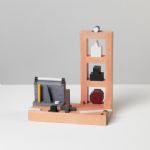 The Language of Silence
2018 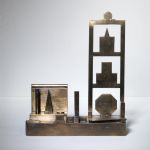 The Language of Silence
2019 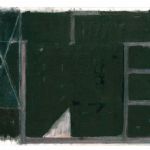 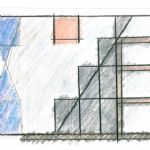 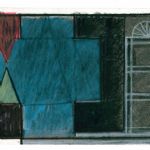 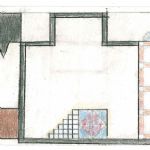 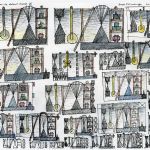 Studies for On Distant Shores. III
2020 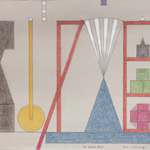 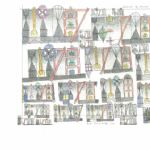 Studies for By Ancient Waters I
2020 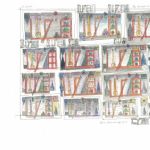 Studies for By Ancient Waters II
2020 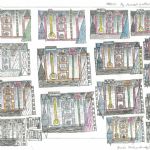 Studies for By Ancient Waters. III
2020 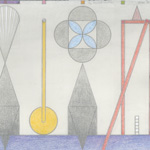 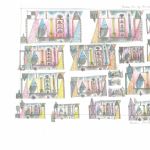 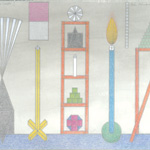 By the Waters, a Candle I, 2021
Coloured pencils 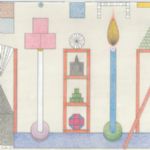 By the Waters, a Candle. II, 2021
Coloured pencils 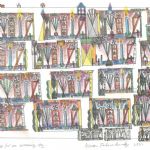